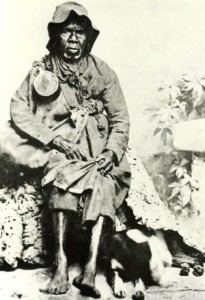 The Pangerang people were a nation of sub-clans who occupied much of what is now North Eastern Victoria stretching along the Tongala (Murray) River to Echuca and into the areas of the southern Riverina in New South Wales. Their land includes the Wangaratta, Yarrawonga and Shepparton areas through which the Kialla (Goulburn) and Torryong (Ovens) Rivers flow. The approximate boundaries are south to Mansfield, west to Echuca, east to Chiltern and north to near Narrandera in New South Wales.

In 1824 explorers Hume and Hovell passed through the area and Hovell observed that ‘….the land adjoining is exceedingly good with fine hills and grassland, it is as pretty a spot as I have seen since leaving home.’

On November 26, 1824 Hovell named the area Oxley Plains in recognition of the Surveyor General of the Colony of NSW, Sir John Oxley.

The indigenous people of the area did not encounter white men again until twelve years later when Major Thomas Mitchell passed through in October 1836.

In 1838 the first white settler, George Faithfull, took up the Oxley Plains Run consisting of some 92,000 acres where he ran sheep and cattle.  He later built a homestead, which he called ‘Wangaratta’.  The Docker family, who relocated from New South Wales to nearby Bontharambo in February 1839, took up land at Oxley in September 1840 to run sheep.

Relations between the indigenous tribes and the white settlers varied between congenial and confrontational as further land was taken up for grazing. 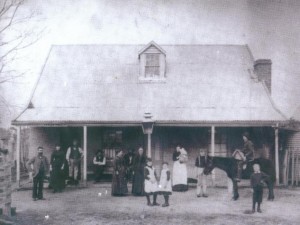 When gold was discovered in the Beechworth district in 1852, Oxley boomed because of its location on the main Cobb & Co route to the goldfields. With gold, bushrangers became active in the region, the most infamous being the Kelly Gang.

Clancy’s Hotel, Circa 1880 now The Oxley Pantry (The Oxley Shop) 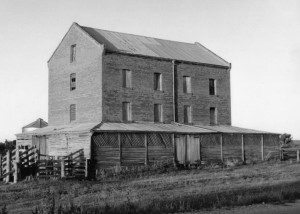 In 1863 to improve travel through the area the first series of bridges were built across the King River flood plain by the Oxley Roads Board.  In 1865 the Oxley Shire was formed. 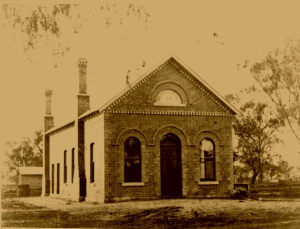 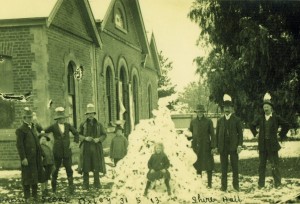 It was described as “a handsome brick building composed of a main hall and two offices.” 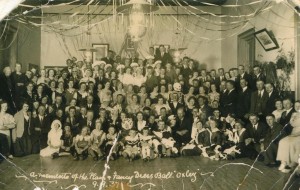 The hall became the shire headquarters and a focal point for many community events. Following restorations the hall continues to be a centre for community activities. “About 350 people packed into the hall for the Grand Opening Ball and danced from 8pm until 5am.” 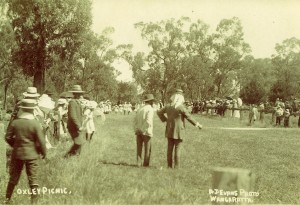 The Oxley Reserve was also formed in 1865. The reserve covers 47 hectares and is set in natural bushland on the King River. It was used for informal gatherings such as picnics, swimming, fishing, walking and bike riding as well as formal activities such as football, cricket, tennis and horse riding competitions.

In the 1900’s the annual Oxley Picnic Day would attract 3000 people from all over Victoria who would camp the weekend and enjoy tennis, footraces, gymkhana events and games. The reserve is still used for recreational purposes today. 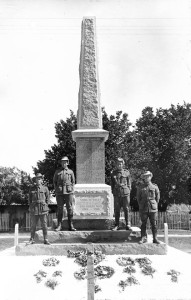 In 1922 a memorial was erected in Oxley in memory of the many residents of the shire who served in the First World War. It was funded by public subscription. Later it was moved to its present site in the Memorial Park and is the focus for the annual Remembrance Day service.