Oxley History Display and Remembrance Services have been recongised by the Wangaratta Community Pride Committee and also shortlisted as a finalist in the 2015 Keep Australia Beautiful Awards.

What work was carried out?

After months and years of collecting and restoring historical artefacts, documents and photos were assembled to exhibit district history in various topics relating to our past.

The event on October 6th 2014 was part of the Seniors Festival.

Who was involved in the initiative?

Many people are involved in this initiative Neil Brock, Don Heath, Janet Heath, Bruce Uebergang, Lindsay Cummins, John Brown and many other committee members along with present and past residents of Oxley/Milawa, students of Oxley and Milawa Primary Schools and many visitors who come to the area for these events.

Why was the project undertaken?

Oxley has a Community plan which includes the preservation of Local History as a priority. Our group and some interested locals believe it is vital to keep records of our past so others may learn. Many documents have been collected and preserved for current and future generations to enjoy.

Seniors Festival History Display, October 6th 2014. The past is being preserved for all to enjoy and learn from.

A set of display panels were assembled to exhibit district history in various topics, Milawa joined with us and provided a slide show. A steady stream of very interested visitors attended all afternoon.

The most exciting outcome was the acquisition of the oldest photograph of the Oxley Shire Hall, dating back close to its construction in 1875.  On display were original letters dating back to 1940 and copies of letters recounting the Kelly Siege at Glenrowan penned by an Oxley resident in 1880.

The event was held in the National Trust listed Oxley Shire Hall. In 1978 the committee was formed to preserve this icon of Oxley. Some of that original committee are still looking after this hall today.

Their enthusiasm has led to the collection of over 50 framed historic photos; interpretive labels were added in 2014, all are permanently displayed in the hall with more in storage. The hall houses, the restored WW1 honour board and a piano purchased in 1916 restored 2015.

The Oxley Remembrance Day service attended by 150+ people has been running for over 10 years with the local residents and students playing a large part in the services. An ANZAC service was also held.

Future projects -Photo/Story Signage for a Walking trail of 30 sites, adding a Vietnam War panel to the Oxley Memorial and keep adding to our historic collection.  More historical information will be added to the Oxley website ‘Town History‘ and Lost Oxley Facebook Page. 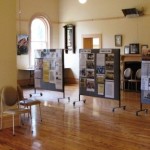 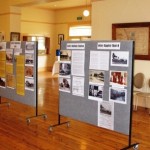 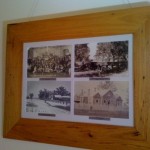 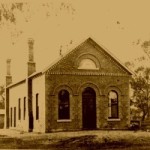 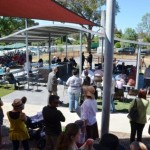